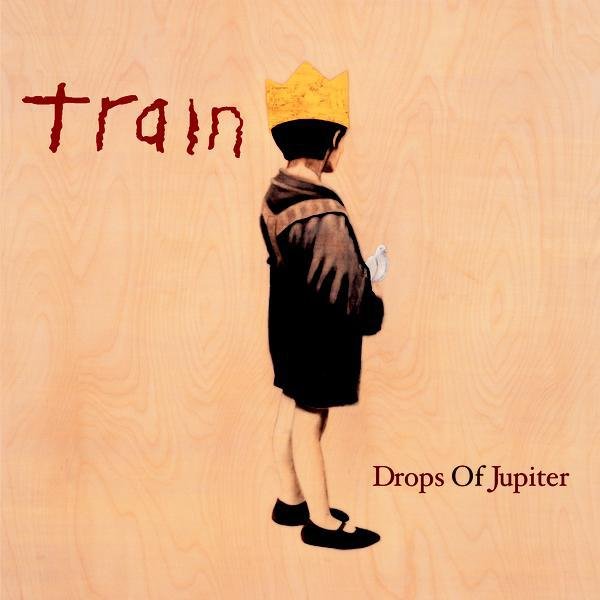 Drops of Jupiter by Train

Each month in 2012 I’m selecting a song, new to me, to highlight as my Song of the Month. In reviewing my downloads, I found that I added a whopping 328 songs to my collection in May because when the Google Play service was launched, they offered a bunch of free tunes. I’ve only listened to a fraction of them, but the standout was a song I’ve owned for years. So how can it qualify as new to me? Because in all the years I’ve owned and listened to the song, I never worked out all of the lyrics to assign their meaning…until now.

n 2001 Train was catapulted from cult band to stardom by the anthemic sounds of Drops of Jupiter, which won the Grammy for Best Rock Song. I liked the song, but only caught some of the verses. My general impression, which is not at all the songwriter’s meaning, was of a down-to-earth boyfriend talking to a pretentious girlfriend returning from a long journey to exotic locations. The other day a friend and I were on a road trip, working our way through my new Google Play hoard. A live version of Drops of Jupiter came up and she remarked that she liked the song even though she had never paid much attention to the lyrics, because it had a such a great chorus. I grinned, because that was precisely how I had dealt with the song as well.

The next day that prompted me to download the lyrics from my favorite service and listen. Wait a minute…this no longer read like a boyfriend talking to a girlfriend, at least not a live one. It was something else. It turns out Pat Monahan wrote the song in response to a dream about his mother after she died from cigarette smoking. He thought, “What if no ever really leaves? What if you’re just kind of here, but different? The idea was…she’s here, back in the atmosphere.” I love what he said in an interview:

It was an obvious connection between me and my mother, because Drops of Jupiter was as much about me being on a voyage, trying to find out who I am too, through all of this. The best thing we can do by loss of love is find ourselves through it.

Now that she’s back in the atmosphere
With drops of Jupiter in her hair, hey, hey
She acts like summer and walks like rain
Reminds me that there’s time to change, hey, hey
Since the return from her stay on the moon
She listens like spring and she talks like June, hey, hey
Hey, hey

Tell me, did you fall for a shooting star
One without a permanent scar
And did you miss me while you were looking for yourself out there

Now that she’s back from that soul vacation
Tracing her way through the constellation, hey, hey
She checks out Mozart while she does tae-bo
Reminds me that there’s room to grow, hey, hey

Tell me did the wind sweep you off your feet
Did you finally get the chance to dance along the light of day
And head back to the Milky Way
And tell me, did Venus blow your mind
Was it everything you wanted to find
And did you miss me while you were looking for yourself out there

Can you imagine no love, pride, deep-fried chicken
Your best friend always sticking up for you even when I know you’re wrong
Can you imagine no first dance, freeze dried romance five-hour phone conversation
The best soy latte that you ever had . . . and me

Tell me, did you fall for a shooting star
One without a permanent scar
And did you miss me while you were looking for yourself

I enjoy day hikes, photography, podcasts, reading, web design, and technology. My wife Wendy and I work in the Bartlesville Public Schools in northeast Oklahoma, but this blog is outside the scope of our employment.
View all posts by Granger Meador →
This entry was posted in music, video. Bookmark the permalink.

1 Response to Drops of Jupiter