The Blues for Norma Jean

Posted on September 3, 2012 by Granger Meador 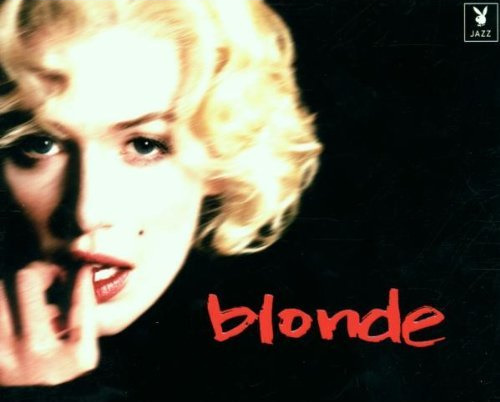 The Blues for Norma Jean is from the soundtrack to Blonde

August was eaten by locusts: I was extensively involved in promoting a successful school bond issue, creating  a web site, PowerPoints, narrated video, doing radio spots, helping with newspaper ads, and more. As that wound down I filled what little free time I had after the start of the new school year by coding from scratch a new version of the school district website, which I hope will go live soon. It was a case of, “If you don’t like it, why don’t you do something about it?”

The hot weather kept me from all but a couple of hikes on familiar trails and my lack of travel kept me from acquiring much new music since I’m most likely to run across a new piece in the car. But one piece playing during a trip to my local Food Pyramid was special enough to have me sitting in my car, scrambling to run the Shazam app on my iPhone to identify it.

It was playing on Alan Lambert’s Big Band Saturday Night on KWGS out of Tulsa, and the solos stood out for me. The app identified the song as The Blues for Norma Jean from the soundtrack to the miniseries Blonde from 2001. But the app couldn’t find a link in the iTunes store and when I was back home Amazon didn’t have it on MP3 either. I quested in vain, even checking torrent sites, but no dice – the death of the record label seems to have left the song stuck on CD.

So I paid a few bucks for a used CD from Amazon and loaded it into iTunes when it arrived a few days later. The whole album, created by Patrick Williams for the short-lived Playboy Records label, is quite good, but the solos on The Blues for Norma Jean still stand out. Dan Higgins on the alto sax is superb and then the late Snooky Young shows just how expressive a muted trumpet can be. You can hear a sample of his playing here.

September should bring cooler weather for hikes, and I’m more than ready to head back out on the trails, although finding novel ones do-able without an overnight stay is becoming difficult.

I enjoy day hikes, photography, podcasts, reading, web design, and technology. My wife Wendy and I work in the Bartlesville Public Schools in northeast Oklahoma, but this blog is outside the scope of our employment.
View all posts by Granger Meador →
This entry was posted in music. Bookmark the permalink.