All good things… was the series finale for Star Trek: The Next Generation

The title for this post comes from the final television episodes of Star Trek: The Next Generation, which ended its run in 1994 after seven years and 178 episodes. It was a great series finale, something the iconic original Star Trek series in the late 1960s never got in its three-year run of 79 episodes.

One’s mind fills in the rest of the title: must come to an end. We can trace the idiom back to Geoffrey Chaucer’s poem Troilus and Criseyde of the mid 1380s:

He song; she pleyde; he tolde tale of Wade.
But at the laste, as every thing hath ende,
She took hir leve, and nedes wolde wende.

And while all good things must come to an end, some good things have a very long life. Chaucer’s poem is still with us over six centuries later. Other things have shorter, if still meaningful, lives.

18 years ago I decided to self-publish my Inquiry Physics: A Learning Cycle Curriculum, which was an elaborate refinement and extension of work done by others in the 1980s at the University of Oklahoma and Norman High School. I was initially prompted by requests from other physics teachers for my materials. Over the next 18 years I never advertised that work, relying solely on word-of-mouth and internet searches to drive any sales.

For a couple of years I sold the curriculum as a thick binder of papers with an optional CD-ROM disc. Then I simplified to just selling it on CD-ROMs for a dozen years, updating the curriculum seven times over the decades to incorporate corrections and additions. For the past five years it was a download-only product. Its most recent iteration had 19 units with 213 pages of teaching suggestions, 26 hands-on labs, 98 other student assignments, 175 pages of sample notes, and several multimedia presentations, all compressed into a 600 megabyte archive.

In 2008 I donated all of my net profits to that point, which was only $1,000, to the John Renner Science Education Center at OU, since Dr. Renner’s program under the stewardship of Dr. Ed Marek was where the original learning cycles came from. Coincidentally, that was when a six-year boom in sales began, peaking in 2014 with almost 100 sales and about $2,500 in revenue. That wasn’t my profit, since in addition to website expenses, sales became large enough in the 2010s that I had to file extra tax paperwork, obtain business licenses, and pay over 15% self-employment tax each year on the proceeds.

I spent most of the profits of the final decade on purchasing website domains for the school district, school-related equipment and materials, and similar pro bono work. Sales declined after 2014, partly because I decided not to update the curriculum for the AP Physics 1 exam which debuted in 2015, only providing a correlation guide. My public retirement from teaching physics in 2017 likely precipitated a drastic decline in subsequent sales.

Since sales in the first half of 2018 have declined to 2009 levels, it is time for another good thing to end. I remain uninterested in updating the curriculum, and by ending sales now I can avoid dealing with self-employment taxes and paperwork next spring. Plus the recent U.S. Supreme Court decision in South Dakota v. Wayfair sets the stage for cities and states to begin directly collecting sales taxes on internet sales rather than hoping consumers will pay use taxes. It wouldn’t make sense for me to invest the time and effort in arranging for the collection and payment of those additional taxes on such meager proceeds.

But over the past 18 years I am surprised and pleased that, without any advertising, I was able to sell 578 copies of my curriculum to teachers in 48 of the 50 states and 14 foreign countries. (The holdouts were North Dakota and Wyoming.) I know almost all of the sales were to teachers, as I verified purchasers’ online presence at school websites. So I can safely presume portions of my materials have been used to teach many more students than the 2,663 I was blessed to have in my own classes from 1989-2017. To help protect the integrity of the assignments for the teachers who still use them, I will not consider releasing the curriculum into the public domain until after I retire from education in 10-15 years.

This is not a tale of a small business destroyed by government taxes. It is the story of a cycle. Just as there is a learning cycle, there are cycles in a business and in a career. This marks the end of my physics cycle, but I’m only one year into a new one revolving around technology and communications.

Life is good, even though… 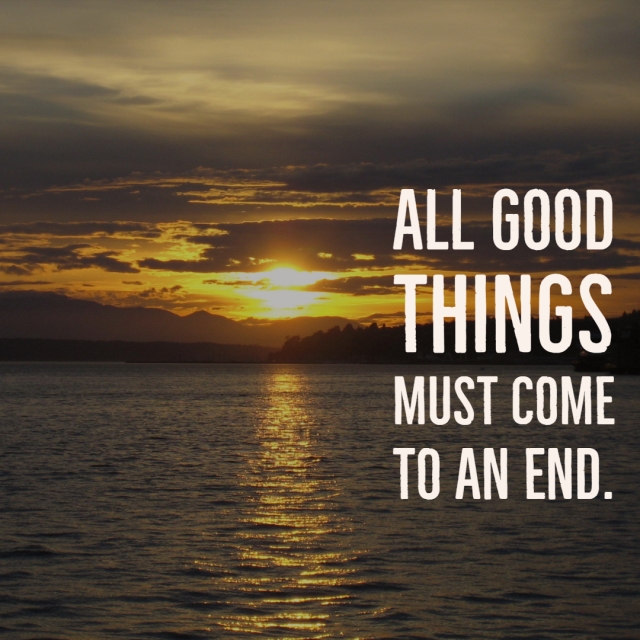 I enjoy day hikes, photography, podcasts, reading, web design, and technology. My wife Wendy and I work in the Bartlesville Public Schools in northeast Oklahoma, but this blog is outside the scope of our employment.
View all posts by Granger Meador →
This entry was posted in physics. Bookmark the permalink.

1 Response to All Good Things…