Years ago I subscribed on YouTube to anything put out by New York filmmaker Kirby Ferguson. He has posted videos ranging from the Iron Man dance, to how movies overuse Trajan, to punchline piracy.

Now Kirby has embarked on what will become a four-part video series, Everything Is A Remix. Parts 1 and 2 are out and I learned something from each. I’m donating to this project, for when I see really great work on the web and the artist asks for donations or offers up paid extras, I often respond. They should be rewarded for their effort and I have the selfish excuse that I also want this talented person to keep producing. I’ve donated money or purchased items for such efforts as:

Sita Sings the Blues is a perfect segue to Kirby Ferguson’s latest video project on remixes. Nina Paley’s animated movie used old jazz tunes by Annette Hanshaw and a variety of animation styles to retell the Hindu epic the Ramayana, mixing in the story of her own failing marriage. That’s what I call a mashup!

Part 1 of Everything Is A Remix focuses on remixing in music, using Led Zeppelin lifts as exemplars. (Sorry, but the embedded Vimeo videos in this post and some of the YouTube links don’t work on an iPad.)

Part 2 looks at the sequelitis afflicting the cinemaplexes, noting how Star Wars was both a pastiche of and homage to earlier films. And don’t be fooled by the early ending in part two…there is an addendum about how Kill Bill is a Hollywood mashup.

So what is the difference between a remix and a mashup? In my parlance remixes are alternate versions of a work, while mashups blend two or more works together. In my late teens I bought a number of remixed songs, which were often created as extended dance tracks for discothèques. I especially liked long remixes of songs from my favorite album of that era, The Lexicon of Love by ABC. More recently I’ve been charmed by remixes of old songs by another band from Sheffield, The Human League. Acoustic versions of pop songs are another type of remix, I suppose. I love Teddy Thompson even when it is just him and his guitar, and closer to home there’s even an acoustic version of Mmmbop, for goodness sake, and frankly it’s pretty good. 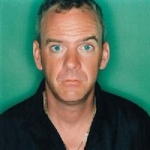 There are folks who are best known for remixing, such as FatBoy Slim, aka Norman Cook. I used to just sit and watch music visualizers while playing Praise You, which filmmaker Spike Jonze would turn into memorably funny performance art. Wikipedia reports the song has a vocal sample from Take Yo’ Praise by Camille Yarbrough, a piano sample from an audio test track caused Balance and Rehearsal, a guitar sample from It’s a Small World from a Mickey Mouse Disco album, and the song’s bridge even samples the theme from Fat Albert and the Cosby Kids. Even more impressive to me is how FatBoy Slim transformed the original slow version of Brimful of Asha by Cornershop into a spectacular pop confection. And need I point out that the song itself is a tribute to Asha Bhosle, who looped songs for over 1,000 Bollywood movies? We just keep mixing.

Now there are entire albums being reworked, such as the Whipped Cream & Other Delights Rewhipped covers of the original album by Herb Alpert and the Tijuana Brass. In another case we have more talented musicians reworking the songs of a gifted oddball in Discovered Covered for Daniel Johnston. Compare Beck’s take on True Love Will Find You In The End to the rough original, or Daniel’s performance of Go to that by Sparklehorse and The Flaming Lips. Should I point out that Mark Linkous of Sparklehorse and Vic Chesnutt, who both provided covers for Discovered Covered, have since committed suicide? No doubt they treasured the sublime poignancy of Daniel’s songs and empathized all too well with the heartbreaking story of his mental illness and struggles with manic depression.

The first musical mashup that latched on to me was when Soft Cell released a version of Tainted Love which blended seamlessly into a cover of the Supreme’s Where Did Our Love Go – at the 2:24 mark in the video link. Blending the 1964 Supremes hit with this huge 1982 hit makes sense when you realize that Soft Cell was just covering the 1964 original of Tainted Love by Gloria Jones. I force my students to listen to this mashup every year as we use an old phonograph to calculate conversions between angular and linear speed.

A couple of years ago I bought a Beatles mashup, Love, in which Giles Martin intermixed various songs and alternates takes. It is a curious joy to hear Drive My Car blending so effortlessly with What You’re Doing and The Word. That led me to seek out other mashup artists, such as:

I’m looking forward to the next parts of Everything Is A Remix, and the endless remixes, mashups, and homages to come. As you will note, I do insist on the Oxford comma, despite the rude put-down by Vampire Weekend.

I enjoy day hikes, photography, podcasts, reading, web design, and technology. My wife Wendy and I work in the Bartlesville Public Schools in northeast Oklahoma, but this blog is outside the scope of our employment.
View all posts by Granger Meador →
This entry was posted in music, video, web link. Bookmark the permalink.

1 Response to Remix and Mashup