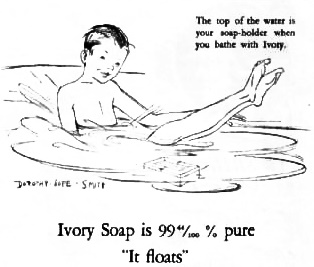 Since 1882 the slogans for Ivory soap have been “It floats” and that it is “99 44/100% pure.” Regarding the latter, Harley Proctor had the soap sent out to college chemistry professors and laboratories for comparison to the popular Castile soaps of the day. One chemist’s analysis was in tabular form with the ingredients listed by percentage and Harley added up the ingredients which fell into the category of pure soap, leading to the slogan which has become so associated with the product it is now registered with the trademark office.

I thought of this the other day when someone asked me that annoying question I’ve heard all too often in my nerdy existence: “How smart are you?” There is of course no reasonable answer to the inquiry, although I’m tempted to snap back with, “Smarter than you.” Thankfully I’m too polite to do that. But I find the question both annoying and embarrassing. Perhaps I should answer, “99 44/100%” since that was my percentile ranking on the Wechsler test I took in college as part of a paid psychology experiment, as well as on the simplistic IQ tests I took in grade school. My IQ score may be higher than 99.44% of the population, but while I approach three standard deviations above the mean IQ score, I’d hardly call myself a genius, and I’m not about to join Mensa! 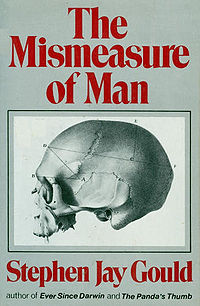 The question, “How smart are you?” is annoying because it is absurdly simplistic to quantify intelligence as a numerical value. The eminent Stephen Jay Gould despised IQ scores, criticizing in The Mismeasure of Man their development and use, charging they reflect two major fallacies: reification, or, “our tendency to convert abstract concepts into entities” and ranking, our “propensity for ordering complex variation as a gradual ascending scale.” And most school teachers have suffered through trainings about Howard Gardner’s theory of multiple intelligences, the gist of which is that traditional IQ tests measure mostly logical and linguistic intelligence, overlooking many other types. The specifics bore me, but the theory is popular, although its specifics debatable.

I’m very good at school work and always had top grades, and the correlation between IQ scores and grades is about 0.50. But that leaves a lot of room for other factors. My good grades also reflected my persistence and motivation. Since I teach physics, people naturally assume I’m a math whiz. But while I loved geometry, I hated algebra and had to work hard at it throughout junior high and high school. I was on my high school’s math bowl team, yet I barely earned my A in high school calculus, and while I followed the math sequence in college all of the way through calculus and ordinary and partial differential equations, earning A’s all the way along, it never came naturally to me. But now I use plenty of algebra successfully every working day.

So am I “smart” in math? It depends on what you mean. I’d say I’m much “smarter” at language arts than mathematics, yet I still commit punctuation and grammatical errors. An example of the kind of things which worry me: I ended my opening sentence for this post with “pure.” to follow American English, but greatly prefer “pure”. as per British practice. I’m an Anglophile with regard to British mathematical notation and some spellings and the like. But I digress…

Sometimes people conflate the remembrance and retrieval of trivial knowledge with intelligence. Many are fascinated that IBM’s Watson defeated the human champions on Jeopardy, and students often infer I must be great at that game. But I know so little about so much that it asks about, e.g. sports, opera, and alcoholic drinks…er, potent potables, that I doubt I’d do all that well. And what does it mean to be “book smart” when IQ exerts a causal influence on future academic achievement, whereas academic achievement does not substantially influence future IQ scores?

Finally, I find being asked for my IQ score or ACT or SAT scores to be embarrassing. They were all good enough – good enough to get me into the gifted and talented program in elementary school and good enough to make me a National Merit Scholar and receive other scholarships for college. But if the roughly 1000 people at my school are normally distributed, there are a handful with higher IQs, and I can tell I’ve taught students whose IQ, SAT, and ACT scores beat mine. I’m confident every student in my classroom is better than I am in some important way. Some of them are certainly “better people” than I if you go by empathy, personality, physical attractiveness, athletic ability, or a zillion other things.

So I’d say my 99.44% rank is little more than a marketing slogan. And while I can float, I have to work at it.